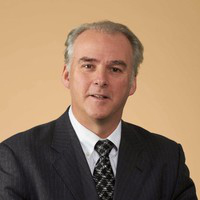 Jean-Pierre MartelCFFO members produce nearly 20% of Canada’s timber supply and forests products, employing tens of thousands of Canadians directly and indirectly through a strong commitment to sustainable forest management and investments in silviculture and research.

“Ultimately, the ability of CFFO members to continue to manage their forests, generate revenues, create and sustain jobs and provide real solutions to climate change is dependent on the very best policy and leadership,” said CFFO Chair Domenico Iannidinardo. “This is exactly what a forest sector leader like Jean-Pierre Martel brings to our organization, and to this great natural and renewable resource.”

Through his roles with industry while at the Forest Products Association of Canada (FPAC), Martel is known for his direct contribution to the creation of FPInnovations, an R&D organization advancing technologies and strengthening innovation in the Canadian forest sector. Collaboration and respect have been two of the defining qualities of his distinguished career, including his time as Director of Strategic Issues at Weyerhaeuser Canada, and at FPAC, where Martel was a key contributor to the Canadian Boreal Agreement between the forest industry and environmental groups before moving to FPInnovations as Vice President of Strategic Partnerships.

“Jean-Pierre’s ability to develop strong, positive and productive relationships with government and stakeholders will ensure CFFO’s voice is heard on policy and regulatory issues that impact privately managed forest land and the hundreds of communities who rely on us,” said CFFO Vice Chair Susannah Banks. “In Jean-Pierre we have an advocate who will work collaboratively to strengthen the health and economic prosperity of the Canadian forest sector from coast to coast.”

Martel said, “With more than 25 million hectares of private forest, CFFO is in a strong position to support the Federal Government’s climate change agenda that not only utilizes the best of innovation but also harnesses the power of 450,000 forest owners across Canada to effect real change in this critical time in our nation’s history.”