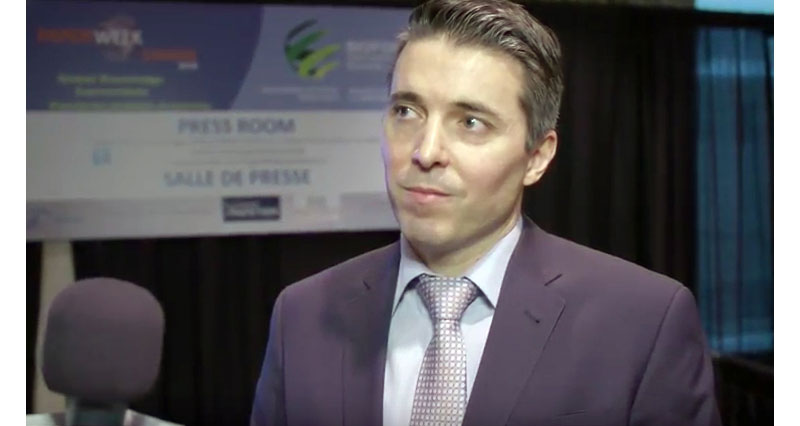 President and CEO of CelluForce Inc. Sebastien Corbeil met with Paper Advance during PaperWeek 2016 to discuss his company's growing pains and return from what he refers to as the "valley of death."

While adaptability was integral to the company's return to success, after a disappointing start for its newly constructed plant, the company ran out of money in 2013 and was forced to seek and secure a partner. In conjunction with NCC, who became a shareholder in the company, CelluForce applied to STDC for funding and revamped its strategy to focus on six major applications (oil and gas, pulp and paper, adhesives, cement, paints and coatings and resins). Within approximately three years, the company hopes to be self-funding, and expects to commercialize several new applications this year.

View the interview conducted by our journalist Mark Williamson at the conference: