ATLANTA (February 18, 2021) – Each year, TAPPI recognizes scientific achievement, outstanding leadership, professional excellence, and service to the industry and its communities.

These awards do more than honor the achievements of those receiving them—they remind us of the qualities shared by TAPPI members. 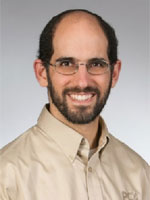 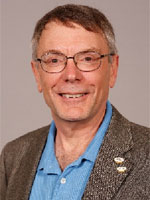 In 1984, his manager and mentor at Great Northern Paper encouraged him to become active with TAPPI. Sutman joined the Pressing and Drying Committee at his first TAPPI Engineering Conference. He ascended through the leadership roles of the Water Removal Committee and then joined the Engineering Division Council in 1994.

Sutman helped with the consolidation of TAPPI’s papermaking conferences that eventually became PaperCon. He completed his term as Engineering Division Chair in 2004 and received TAPPI’s Engineering Division Leadership and Service Award in 2005. Sutman spent several years on the PaperCon Steering Committee, chairing the committee in 2010.

Sutman and a few other TAPPI volunteers started the Runnability Fun Run in 2005. He chaired the Fun Run Committee from 2005 to 2010. Held annually for the last 15 years, the Fun Run has raised over $176,000 for TAPPI Division Scholarships, and this year will be held virtually in conjunction with TAPPICon Virtual, May 4 - 5.

Sutman served on TAPPI’s Board of Directors from 2013-2015. He retired in 2019 and remains active within TAPPI. 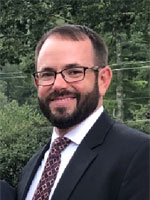 A TAPPI member since 2015, Plains is an active participant in the Gulf Coast TAPPI Local Section, currently serving as Vice Chairman. He has made a lasting impact on the Section’s operations though his planning and participation in the Section’s meetings, improvements to communications and updates to the membership roster.

Plains joined Lhoist in 2011 as a market analyst at their Fort Worth, Texas facility. In 2013, he transitioned into sales and now works in their Southeast region specializing in the paper and steel industries. Lhoist North America is part of the Lhoist Group, a major supplier of lime, limestone and clay products to various industries, including the pulp and paper sector. 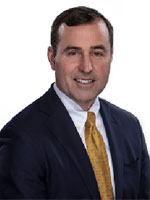 Michael P. Doss, President and Chief Executive Officer of Graphic Packaging Holding Company, has been named TAPPI/PIMA Executive of the Year. Graphic Packaging, headquartered in Atlanta, is a leading provider of paper-based packaging solutions to food, beverage, foodservice, and other consumer products companies.

Doss serves on the Board of Directors for Sealed Air Corporation, the American Forest & Paper Association, the Sustainable Forest Initiative, the Paper Recycling Coalition, the Atlanta Area Council of the Boy Scouts of America and the Paper & Packaging Board Check-off Program. He is also active in the Metro Atlanta Chamber of Commerce.

With the exception of the Gunnar Nicholson Gold Medal honor, all awards will be presented at TAPPICon, October 3-6, 2021 in Atlanta, Ga., USA. Dr. Frank will receive his award at TAPPI/AICC SuperCorrExpo, August 8-12, 2021 in Orlando, Fla.

First presented in 1985, the prestigious Gunnar Nicholson Gold Medal Award is TAPPI’s highest technical honor in recognition of an individual’s exceptional industry contributions. It is presented annually only if the individual has made preeminent scientific and engineering achievements of proven commercial benefit to the world’s pulp, paper, board, and forest products industries including forestry, derived products, their process technologies, and their applications.

The Herman L. Joachim Distinguished Service Award  was established to recognize individuals for voluntary leadership and support. Recipient’s have significantly and demonstrably advanced the mission and vision of TAPPI and  in specific improvements made in the Association’s internal or external endeavors.

The Paul W. Magnabosco Outstanding Local Section Member Award recognizes remarkable leadership and service to one or more TAPPI Local Sections. Recipients are individuals whose exceptional service has resulted in significant and measurable benefits to TAPPI Local Sections through a single activity or through longtime efforts.

About the TAPPI/PIMA Executive of the Year Award:

Among the highest honors bestowed by TAPPI and PIMA, the Executive of the Year Award is presented to senior-level executives in the pulp, paper or converting industries for excellence in management and outstanding contributions to the industry as a whole.

TAPPI is the leading association for the worldwide pulp, paper, packaging, tissue and converting industries and publisher of Paper360°, Tissue360° and TAPPI Journal. Through information exchange, events, trusted content and networking opportunities, TAPPI helps members elevate their performance by providing solutions that lead to better, faster and more cost-effective ways of doing business. It has provided management training and networking to the industry’s leaders for more than 100 years. For more information, visit TAPPI’s website.