From discoveries to scientific breakthroughs

“The best job I’ve had in my entire career” says Kaj Rosén, who handed over to Mikael Hannus in the spring.

In 2012, the Prize was awarded to the Finn Mika Viljanmaa, who had developed a method for improving the surface of printing paper. He got the idea while pressing his trousers so they would be ironed completely crease-free and smooth.

Derek Gray from Canada was awarded the Prize the following year. He had carried out groundbreaking research on nanocrystalline cellulose and had developed a versatile material, the characteristics of which include unique optical properties similar to the iridescent colour shifts in beetles’ wing cases.

“When I became Executive Secretary, I held discussions with the Foundation’s representatives because I wanted to make the Prize more scientifically orientated. Previously, it had often been awarded to inventions that were extremely important to the forest industry but didn’t always have a scientific basis,” says Kaj Rosén. 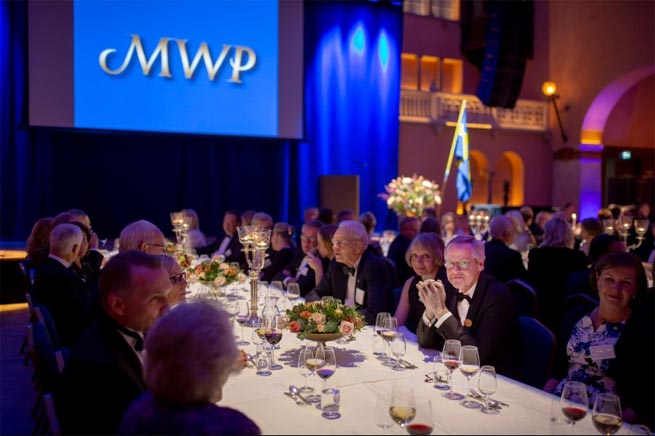 “I would say that the Marcus Wallenberg Prize has become better known – particularly among researchers. In North America and Europe, it’s often considered to be the Nobel Prize of the forest industry,” says Kaj Rosén.

During Kaj Rosén’s time, the Prize has focused on scientific breakthroughs in a wide range of areas of interest to the forest industry.

“The Marcus Wallenberg Prize is awarded for everything from plant physiology to materials engineering. The goal is to find prizewinners who made scientific discoveries with the potential to improve processes and products in the forest industry” says Kaj Rosén.

The Prize was established in 1980 by the forest industry company Stora Kopparbergs Bergslags AB to honour Marcus Wallenberg Sr. on his 80th birthday.

“Marcus Wallenberg Sr., who was on the Board of Directors of Stora Kopparberg, often said that the company should invest more in research and development. CEO Bo Berggren took the suggestion on board and instituted the Marcus Wallenberg Prize to stimulate research for the benefit of the forest industry.”

The Foundation became independent from the founder when Stora Kopparberg merged with the Finnish forest industry group Enso. Stora Enso, as the new company was named, provided the basic capital to cover the Foundation’s activities and has continued to support the Prize in various ways. Other Wallenberg foundations also contribute both expertise and funding.

“I’m impressed with how the Wallenberg sphere contributes to the development of Sweden and our industries, not only in the forest sector” says Kaj Rosén.

“When a nomination is put forward, it’s reviewed by two or more specialists. Their opinions are reported back to the Prize Selection Committee, which may require several rounds of additional information.”

Kaj Rosén stresses the importance of rewarding high scientific standards, which are a prerequisite for being at the forefront of progress.

“As long as the nominations are based on serious, high-quality research, we will have the courage to reward scientific breakthroughs that have not yet been applied. We are constantly raising the bar”, he says.

The inclusion of young researchers in the MWP activities is perhaps the most satisfying aspect for Kaj Rosén. Every year, postgraduate students and postdoctoral researchers up to the age of 35 are encouraged to apply for the Young Researchers’ Challenge. Around 30 of them are invited to the banquet at which King Carl XVI Gustaf awards the Marcus Wallenberg Prize. They also present their own research in an exhibition of posters at a scientific symposium the day after the award ceremony. The programme also includes study visits, a personal meeting with the Prize winners, and a competition for the best 3-minute presentations. 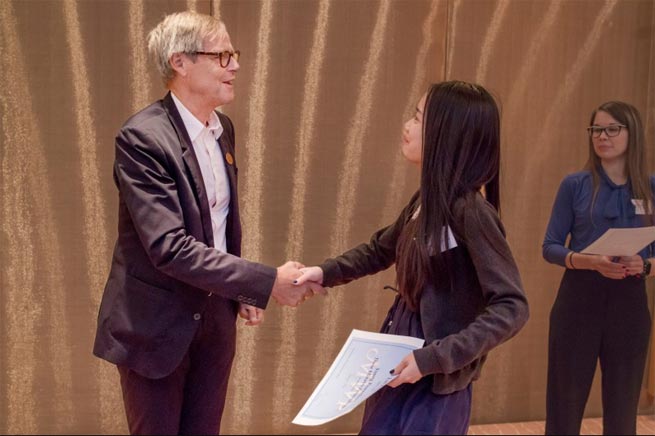 Awarding of diplomas to young researchers.

“The young researchers help spread knowledge of the Prize throughout the world”, says Kaj Rosén.

Kaj Rosén himself studied to be a forester at the College of Forestry in Stockholm and received his PhD at the Swedish University of Agricultural Sciences in Umeå. Eventually he became Professor of Forest Soil Science at the Faculty of Forestry in Uppsala.

“I didn’t see myself as a researcher. I wasn’t creative enough, though I was quite well organised. Strategies have always interested me, as has cross-disciplinary research throughout the forest value chain.”

He resigned from his position as Dean of the Faculty in protest at the unfair competition between sister institutions in Umeå and Uppsala and became Head of Research at Skogforsk, a private research institute created by Sweden’s forest owners.

“Basically, it’s a fantastic concept. The questions are defined by forest companies and the institute solves problems with the aid of the universities’ basic research. Skogforsk is a bridge between academia and the companies.”

During his career, Kaj Rosén has often been critical of the way in which forest companies have financed research and development.

“Many companies concentrate on saving money and don’t see the possibilities of investing in development. The industry regards forests as a warehouse, where you can pick up some wood when you need it. It hasn’t spent much money adapting forestry to its own needs. The link between industry and forestry has usually not been very developed, both regarding practice and research and development. The foresters don’t understand what’s happening in the industry and the industry doesn’t understand what’s required in forestry.”

Kaj Rosén describes himself as a green forester who focuses on nutrient cycling in the forest ecosystem.

“But I’m always interested in broadening my horizons with regard to ways in which the forest can be used. As Executive Secretary, I’ve been able to learn a lot about industrial processes, wood-based products, and materials with completely new properties. It’s been a privilege to work in the forest-based sector.”

2018 Torgny Näsholm, Sweden – an environmentally friendly fertiliser for the forest.

Marcus Wallenberg, 1899-1982, was one of Sweden’s greatest industrialists. He was CEO of Stockholms Enskilda Bank and had a tremendous influence on several of Sweden’s largest companies during the 20th century.