All of the following speakers below will be speaking in the first session, "The Bioeconomy: People, Planet, Policies” at the sixth panel which explores the latest development of national and regional biostrategies.

This diverse panel places a spotlight focus on multiple biostrategies and the developments surrounding them. The panel will be moderated by Christian Patermann, Honorary Honorary Chair of the World BioEconomy Forum Advisory Board, and the Former Director EU Commission and Advisor to the German Government on bioeconomy matters.

A major highlight of the Forum programme is that, for the first time ever, the Bio-Giants including USA, Japan, and China will be around the same table at the Forum and the discussion will be based on their most recent developments in their respective country. In addition, we will also have a representative from Namibia discussing the updates on their national strategy.

A truly global perspective on this important topic. 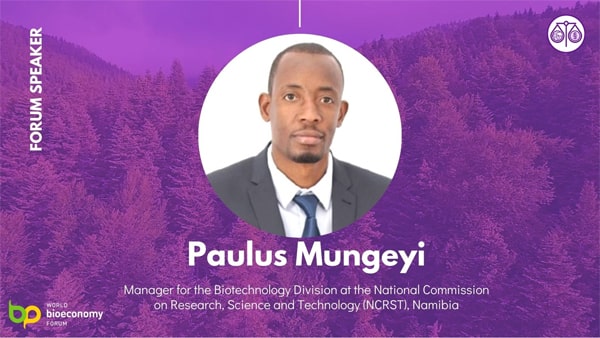 Introducing Paulus Mungeyi, Manager for the Biotechnology Division at the National Commission on Research, Science and Technology (NCRST) Namibia!

Mr. Mungeyi is a Manager for the Biotechnology Division at the National Commission on Research, Science and Technology (NCRST), Namibia. NCRST is an agency of the Ministry of Higher Education, Technology and Innovation that is mandated to coordinate research, science, and technology in Namibia. He is a focal person coordinating the development of the National Sustainable Bioeconomy strategy.

He has facilitated the establishment of the baseline stocktaking and analysis of bioeconomy policy in Namibia. Mr. Mungeyi is a member of the International Advisory Council on Global Bioeconomy (IACGB) and the FAO-led International Sustainable Bioeconomy Working Group (ISBWG). He is dedicated in assisting developing policies, strategies and programmes aimed at development Namibia and region through sustainable development, toward socio-economic advancement. 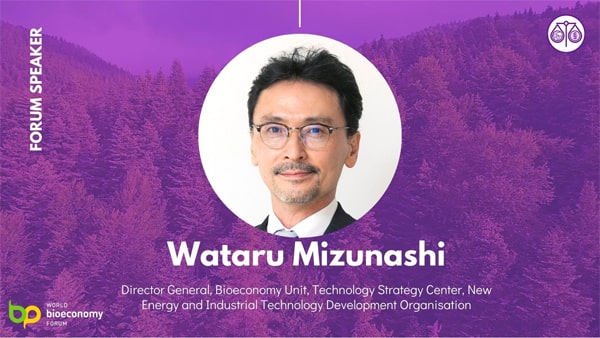 He will speaking at the upcoming World BioEconomy Forum to be held on 7–9 September 2022 in Ruka, Finland. Before his current role Mr Wataru worked for Mitsubishi Chemical Corporation as Deputy General manger. He also has a Master's degree and a phD ((Fermentation Chemsitry Laboratory) ) from Okayama university. 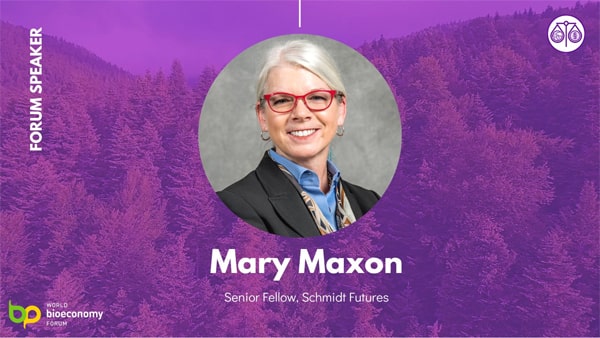 Introducing Mary Maxon, Ph.D. is a Senior Fellow at Schmidt Futures leading the BioFutures Program, an effort focused on maximizing the potential of biotechnology toward a circular bioeconomy. Previously, she was Assistant Director for Biological Research at the Office of Science and Technology Policy where she was the principal author of the Obama’s Administration’s National Bioeconomy Blueprint. Currently, Mary serves as a US State Department-appointed Delegate to the Organisation for Economic Cooperation and Development’s Biotechnology, Nanotechnology, and Converging Technologies Working Party.

She is also a member of the Global Bioeconomy International Advisory Council, and a member of the National Academies of Sciences, Engineering, and Medicine’s Standing Committee on Biotechnology Capabilities for National Security Needs. Mary holds a PhD in Molecular Cell Biology from the University of California at Berkeley, and did postdoctoral training in genetics at the University of California, San Francisco. 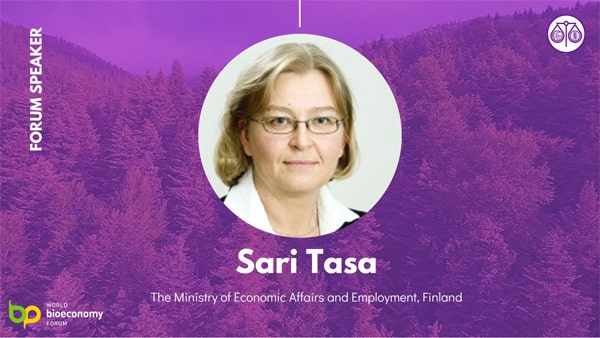 Introducing Sari Tasa, from the Ministry of Economic Affairs and Employment in Finland.

Sari will be discussing Finland's latest bioeconomy strategy released during April 2022. Sari is a specialist in innovation and corporate finance, Internationalization of companies and sectoral industrial policy, circular economy and carbon neutrality. Her current role in the Ministry of Economic Affairs and Employment is Senior Advisor. 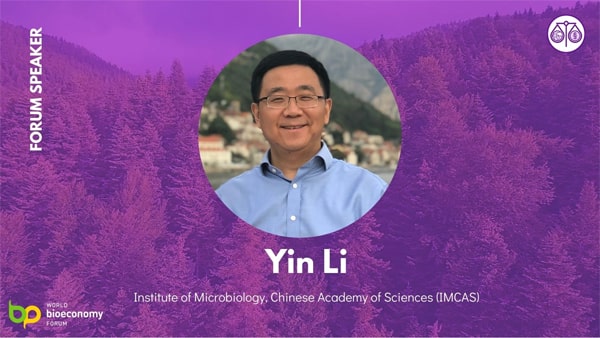 Introducing Dr. Yin Li works in the Institute of Microbiology, Chinese Academy of Sciences (IMCAS). He was appointed as Principle Investigator by IMCAS in 2006, and was appointed as Visiting Professor by Cornell University in the US in 2013.

His research interests are in the industrial biotechnology, with focus on conversion of carbon dioxide into organic matter, and then into useful products. Using synthetic biology approaches, his studies aimed at developing novel biocatalysts that contribute to the development of sustainable bio-based manufacturing industries. He has published more than 160 articles in Science, Nature Communications, PNAS etc, with an H index of 43.