PAPTAC officially launched PaperWeek 2019 on Tuesday morning with a breakfast panel comprised of three pioneer companies who are investing in the bioeconomy.

Domtar, Fortress and Kruger were invited to share their experiences and together proved that these are changing times indeed for the pulp and paper industry.

John D. Williams, CEO of Domtar, opened the panel with a discussion of how his company is poised for the future. “Investing in the bioeconomy was not easy and it takes real leadership,” he suggested.
Williams offered his view of optimal investment in the bioeconomy, and identified three criteria for a successful expenditure: the investment must drive value in the pulp and paper sector, it must contribute to the expansion of the business, and there must be a return to shareholders. Despite the rather simple formula, Williams admits that investing in the bioeconomy requires a lot of exploring. “You will fail and fail often before you strike it rich,” he cautioned. 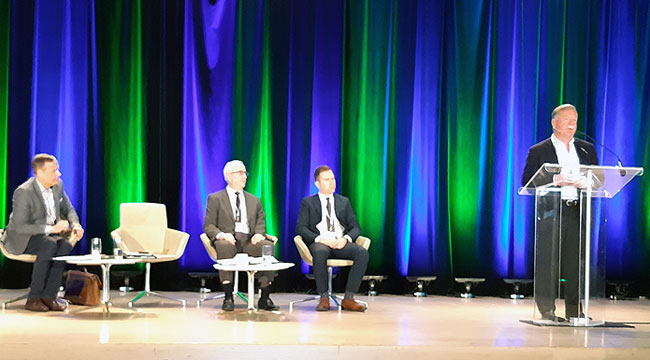 Giovanni Iadeluca, CEO of Fortress Global says he feels his company is leading the future. “It’s all about leadership, a leadership built upon success of the pulp business.” The key for Iadeluca is to emphasize action instead of reaction, creating the behaviors and culture conducive to a winning team. “It’s all about commitment and mobilization, but also about ownership. Indeed ownership can move mountains,” Iadeluc said.

Because the ultimate endgame of an investment in the bioeconomy is the establishment of an actual biorefinery, an historically underutilized stream, it’s not an easy task to sell such projects to bankers. “You draw a path and follow it to the end,” Iadeluc said. “There is a lot of research involved, which is why the financing is challenging. But in the end, for us, the result was the first commercial scale hemicellulose production facility, which uses a proprietary technology with its partner Mondelez.” The project also benefited from a 27M$ government grant.

Finally, Maxime Cossette, VP, Sustainability and Biomaterials of Kruger Inc. preferred to talk about the bioeconomy not as a stand-alone miracle, but as a tool with which Kruger can effectively close the production loop. He said that during 2015-2018, the company invested $500M, of which 35M$ went to energy efficiency projects.

Cossette also discussed FiloCell, Kruger’s new bioproduct produced at an annual rate of 6000 tonnes/year. “It is a multi-function additive, chemical free, biodegradable. The yield of the mechanical process is 100%. This project was part of the Green Value Creation Program launched in 2017, which recommended a 20% cut of CO2 emissions into the environment. This is our way to approach climate change … and it is just the beginning,” Cossette committed.

Cossette refers to the bioeconomy as a buzzword the industry has latched on to, and suggests the industry has, in effect, been working within the concept for many years. “It’s all about closing the loop. You have to look at it as a cradle to cradle approach. It is also part of what we call circular economy,” he suggested.

The panel was asked to comment on where the industry will be in 20 years. Williams thought the question would have been better formulated by asking where they will be in the value chain. “We can produce things that are better in value at a certain scale. But what are we doing to turn this into reality and something meaningful? Certainly we have to put more resources and increase our appetite for risk (research in this case). And innovate. Just do it. Otherwise it is just hope.”
Iadeluca considers his role as one of a pioneer. “That’s who we are and that has to be recognized. That is why Fortress made a shift from innovation to improvement. We are shifting towards products that will make a difference.”

For Cossette, R&D is necessary and more money is needed on applied science. “We have to focus on tangible returns on the short term. And the ‘D’ in development should dominate.” He told the delegates that he preferred a market-driven industry rather that a research-driven industry. 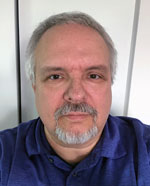