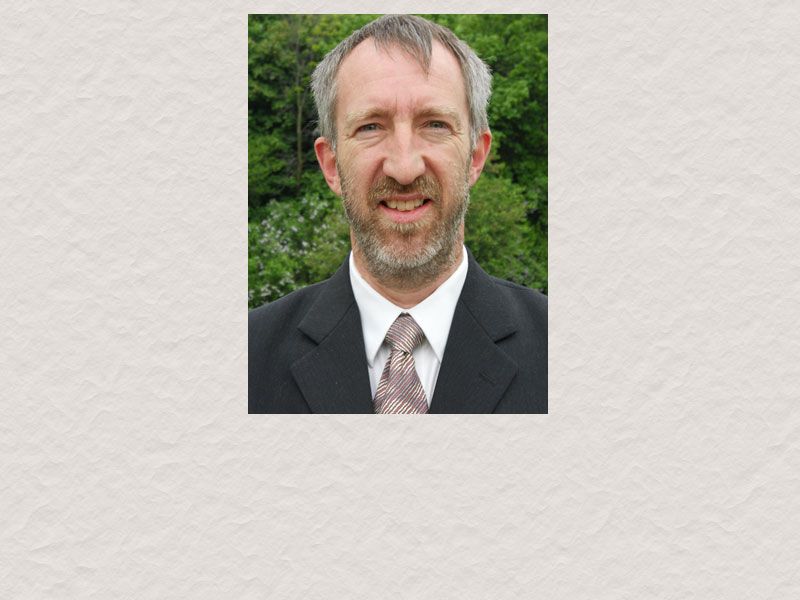 According to the OECD, Germany recycles or composts 65% of its waste. The remainder is incinerated, since there are no landfills in the country.

Compare this with the situation in the United States, where 35% is recycled or composted, 12% is incinerated and the remaining 54% is landfilled. The same categories for Canada are 24, 4, and 72%, respectively. 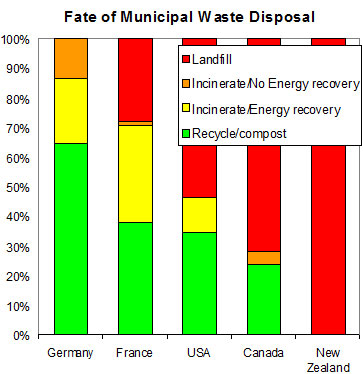 The reasons are many. One reason is that Germany is more densely populated, with little room for landfills, whereas Canada and the US have much lower population densities, and it often doesn't make economic sense to transport recycled materials long distances or set up incineration on a small scale.

Another reason is that the average consumer price for electricity is more than 3 times higher in Germany (~US$0.36/kWh) than in the US ($0.11) and Canada ($0.10), which encourages German investment in incineration for power generation.

But the biggest reasons are political and cultural. German taxpayers have funded a sophisticated sorting system in every community to sort waste into several different categories, so that the relative purity of each stream is quite good, with a minimum of contamination.

Contrast that with Canada and the USA, where there is no central strategy and the objective of most municipal governments is to appear to do something about waste while minimizing the cost to their taxpayers. Many communities have ended up with single-stream recycling, which results in two interlinked problems: the first is that separating it back into usable separate streams of material costs too much. The second problem is that the market price for the recycled material is not very good, thanks to the levels of contamination.

Of course the paper industry has understood the evils of single-stream recycling for years, and has tried to upgrade the quality of its recovered paper by purchasing cleaner streams such as print over-runs, pressroom waste, shredded documents, and sorted office paper. Separate collection systems for paper have been set up in schools and institutions, and grocery stores get good prices for their clean streams of recycled cardboard boxes. But the highest volume recycled paper in many centres is single-stream material, and ultimately, paper mills using a recycled furnish have had to invest millions of dollars in pulping drums instead of batch pulpers in order to be able to handle the high contaminant levels of this material. The waste from these drum pulpers then goes to landfill.

There is still an excess of single-stream recycled material, and until now, most of this excess was shipped to China, where labour rates were so low that people could be hired to pick out the contaminants by hand. I discussed this in a previous blog about recycled paper.

What's changed now is that China, as part of its National Sword initiative, has decided to lower their limit of acceptable contamination from 5% to 0.5% in any recycled plastics, mixed paper or cardboard that they import. This came as a shock to recycling centres across North America, who are stuck with recycled material they can't get rid of.

This appears to be the result of several trends taking place in China:

So what is the solution for North Americans who are stuck with single stream collection systems that don't work?

In the short term, recycling centres across Canada are looking for new markets such as India, sending the material to landfill, or looking for government handouts to upgrade to more expensive sorting technology (but their ability to meet China's 0.5% barrier starting with single-stream material is questionable).

In the long term, North American cities need to bite the bullet and move to a system of separation at the source, similar to that of Germany. It's already the norm in Vancouver and St. John's. And in China! So if your community is still single-stream recycling, get the message out to your local politicians and administrators that this is not a sustainable solution!