As a long-time admirer of Canadian broadcaster and author David Suzuki’s pungent style, it’s tough to have to point out three major errors in his latest opinion piece. I do so because his claim that paper does not represent a circular let alone a sustainable economy is dead wrong and based on patently false information.

FALSE CLAIM # 1: That ‘’vast amounts of boreal forest (are) pulped for toilet paper.’’

This is a gross exaggeration. To claim that “vast amounts’’ of boreal forest are pulped for anything, let alone toilet paper, is absurd. According to Canadian Forest Service estimates, a mere 0.16% of Canada’s boreal is harvested in any one year. Yes, 0.16%. Now I will readily admit my math was not great in high school, but I do not think that 0.16% comes anywhere close to qualifying as a “vast amount.” Seriously? 0.16 per cent?1

And that harvest is mostly for lumber: to build houses, hospitals, schools, and so on. What’s left over (wood chips, shavings, and sawdust) is certainly used for other purposes (to supply energy to a mill and to the local community, and to make paper products) but the prime purpose of that harvest is for the lumber, not paper products. That’s why when people are not building houses (for example, in a recession) that overall harvest numbers go way down.2

Calculating the portion of boreal harvest that goes specifically to make toilet paper is rather tricky because the sawmill residues that are used are later converted to paper both inside and outside Canada, and into other products as well (printing and writing paper, towelling, and even some packaging grades). However, assuming that other countries use pulp in a similar way to Canada, the Forest Products Association of Canada (FPAC) estimates that less than 5% of Canadian-produced wood pulp, and less than 1% of total harvested wood (not just from the boreal), ends up in toilet paper each year.3

So, this hugely exaggerated claim about ‘’vast amounts’’ of the boreal being “pulped for toilet paper’’ is basically, well, crap. And let’s not forget that it’s the law in Canada for any harvested area to be successfully regenerated after harvest, either naturally or artificially through tree planting or seeding. Canada does this by planting over a thousand new seedlings a minute. Sounds pretty circular to me.

FALSE CLAIM # 2: “Cutting down forests that have never been logged to produce more toilet paper, packaging and other paper products we barely recycle can never be circular let alone sustainable.”

Suzuki, like some other environmental groups, is sadly misinformed about the extensive use of sawmill residues and recycled paper in Canada.4 I readily agree that most toilet paper is not recycled after use (for obvious reasons) but Canada, in fact, has a pretty decent record in recycling used paper products. According to the World Business Council for Sustainable Development, North America’s overall paper recovery rate is almost 70%, one of the highest in the world.5  In Statistics Canada’s bi-annual surveys of waste diversion, paper leads all other materials, representing almost 40% of Canada’s total recycling effort.6 And on the packaging front, Suzuki is obviously ignorant of the fact that most Canadian packaging is not made from virgin trees at all. Most of it is 100% recycled content, the very embodiment of a circular economy. The recovery rate of old corrugated boxes in Ontario’s Blue Box, for example, has been an amazing 98%, four years running.  The industry is justifiably proud of its recycling record.

Sorry, it does not. The draft forest sector strategy that Suzuki refers to mentions global demand for pulp over the next decade, not Ontario demand. Ontario may be large to us, but it’s piddly on the world stage.7 Besides, if packaging production were to increase by that much in Ontario, it would be 100% recycled content packaging anyway.

Put all these facts together and Suzuki’s flimsy argument totally collapses. In fact, of any industry in Canada the paper guys probably have the best case to make for being sustainable and circular. Unlike most other resources, the one paper uses, is renewable. Canada is also far and away the world leader in forests certified as being sustainably managed. Most Canadian mills have independent third-party chain-of-custody (responsible sourcing) certification; and the industry (especially the packaging sector) is high in recycled content and paper recovery. Combined, these factors arguably make the industry one of the largest and most successful examples of a circular economy in Canada today. Next time please get your facts straight before you splurge into print.

1 Canada’s total forest lands comprise some 12 distinct terrestrial ecozones with the rate of harvesting in each varying but averaging about 0.22% overall (The State of Canada’s Forests Annual Report, 2019). The boreal forest is found in seven of these ecozones (the Taiga Plains, Taiga Shield, Boreal Shield, Boreal Plains, Taiga Cordillera, Boreal Cordillera and the Hudson Plains). While the boreal makes up a large area of the total forest (82%), it accounts for only three-fifths of the area harvested, according to a Canadian Forest Service analysis covering the years 2000 to 2015. The numbers are 453,600 hectares harvested out of 285 million hectares of boreal forest (or 0.16%).

2 “If the lumber market takes a downturn as it did during the recession of 2008-2009, then there is no point in harvesting trees. In fact, the harvest on provincial land in the recession year of 2009 was the lowest since 1990.” (Quotation from Deforestation in Canada and Other Fake News by John Mullinder, based on National Forest Inventory data, Table 6-2).

4 More than 90% of the raw materials used by the Canadian pulp and paper industry are sawmill residues and recycled paper: Rotherham and Burrows (2014) Improvement in efficiency of fibre utilization by the Canadian forest products industry 1970-2010. Forestry Chronicle 90 (66). 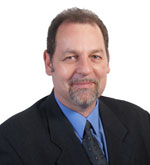 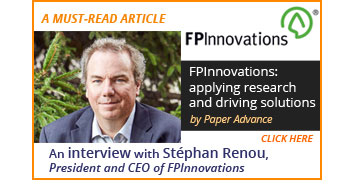