Through the Forestry 4.0 program, FPInnovations has been working to bring internet and LTE networks to forest operations.

Excellent progress has been made, and the efforts are still ongoing. An in-service full-scale trial of FPInnovations’ newly developed LTE system recently took place this winter at a logging operation near Williams Lake, BC.

The purpose of the trial was to test the LTE system at an active logging operation. As a supporter of FPInnovations’ LTE system project since its conception, Travis Kiel, Manager – Woodland Improvement at Tolko, approached one of Tolko’s contractors, San Jose Logging Ltd, to participate in this latest four-day trial.

Since Tolko purchased their very own 30 m portable cell tower, crane trucks were not needed for this trial. At the top of the cell tower, a 5 dbi gain omni-directional antenna (Figure 1) was mounted and connected to a tower-mounted amplifier (TMA) to further increase signal strength. 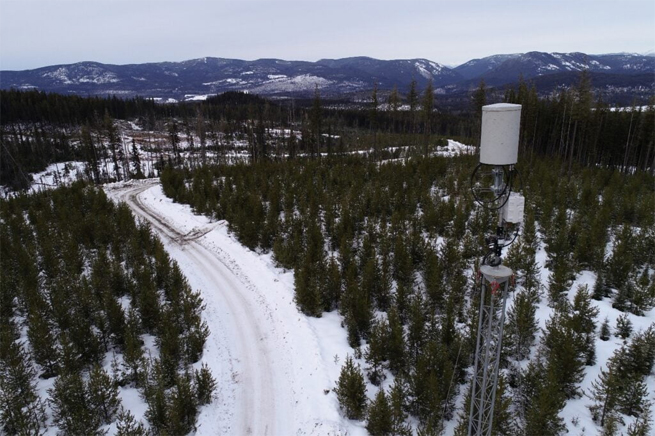 The tower was set up at the edge of the cutblock (Figure 2). A satellite backhaul was used to connect the LTE system to the internet. 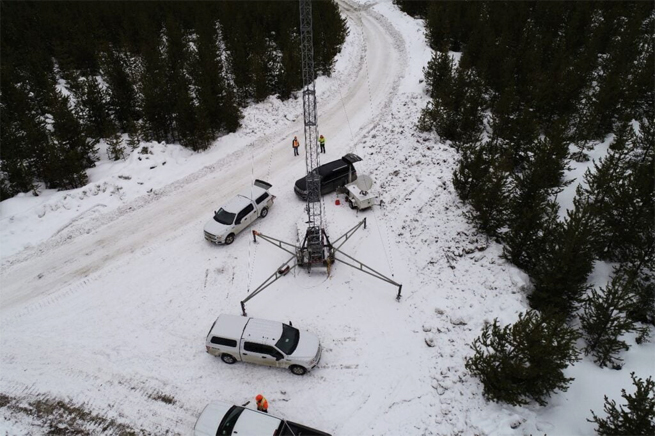 Harvesting machines were equipped with cell phone boosters and FPDats to upload operational data through the network on a regular basis. The system brought fully functioning internet to the entire cutblock, and the bandwidth and signal strength were sufficient for calls, text messages, streaming videos, and accessing internet websites.

Due to the nature of the challenging terrain, one of the major challenges this project faces is the coverage area. By adding a tower-mounted amplifier and by having the tower at or near the highest elevation point in the block (Figure 3), the cell signal was observed as far as 10 km (straight line) from the tower. A repeater was not needed since coverage was sufficient without it, however a repeater can be used to further increase the coverage area. 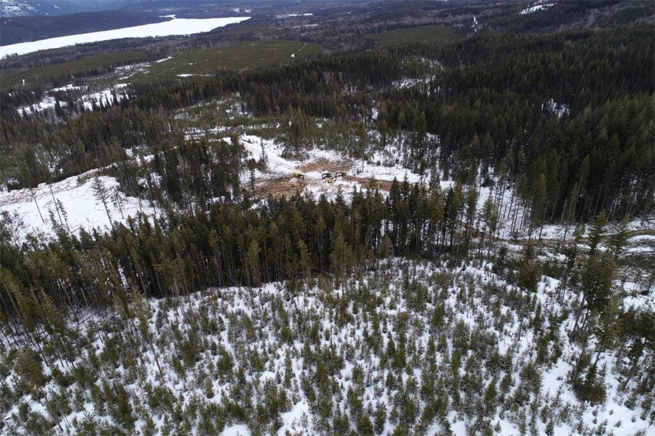 Figure 3. Cell tower location in relation to the cutblock.

Another longer-term trial is planned in Tolko’s operation later this year. The LTE system will be deployed once again, logging equipment will be equipped with FPDats and with other telematic systems, and forest workers will be given cell phones to test the quality of communication. The plan is to equip a processor with a FeltBoks system that can relay real-time productivity data.

Bringing the internet connectivity to forest operations improves productivity and machine availability through telematics systems as well as increases worker safety by improving communications amongst themselves and the outside world.