In the first quarter of 2021, the container freight market shocked the global logistics industry with soaring prices that have yet to abate.

According to the Freights Baltic Index, the cost to ship one 40-foot container from China to Europe or the US west coast has now reached over USD$8,000 and USD$4,000, respectively. However, a year ago, the cost to ship the exact same container to the exact same places was well below USD$2,000. Similarly, freight rates from China to South America had jumped to a jaw-dropping 443% by early 2021— leading many to wonder the obvious: What’s causing such an enormous price increase?

There are a few factors contributing to the container freight price surge, including the ongoing global recovery from the COVID-19 pandemic. With many countries lifting restrictions that were originally set in place in an attempt to control the virus, the demand for goods has surged and created a new “normal” level. The pandemic has also created a structural change in consumer behavior that could be lasting. Instead of spending money on leisure activities, traveling or going out to restaurants, consumers have been ordering more manufactured goods — creating an increase in demand for the packaging and shipping boxes - and the containers - needed to ship them.

Home improvement and home office remodeling projects due to remote work have also been new demand drivers as lockdown protocols were set in place and consumers found themselves wanting to upgrade home office spaces. This, coupled with the increased demand for containers when China resumed its production levels (specifically after the Chinese New Year in February), helps explain the recent rise in prices.

On top of the effects created by the pandemic, the blockage of the Suez Canal in March of this year aggravated the global container shipping market’s already tight supply and transport schedules. Alternative routes from Asia, such as around the Cape of Good Hope, added an additional 10 days to normal transport times.

Freight rates from China to the west coast of North America have been increasing since 2Q2020, as we can see in Figure 1, at a steady rate. However, compared to North America, Figure 2 illustrates how shocking the soaring freight rate was from Asia to other regions in 1Q2021. The lack of return cargo has also had a significant impact as South American and western African nations import more manufactured goods than they export, which makes it prohibitively costly for carriers to return empty boxes to China on long routes. 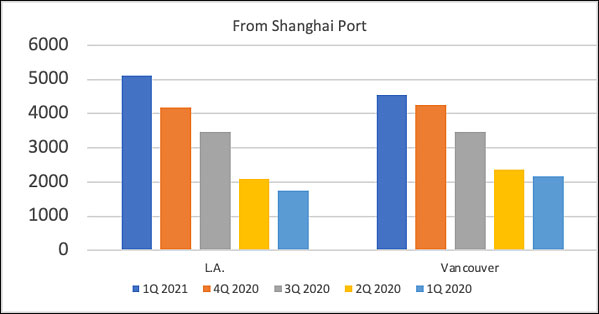 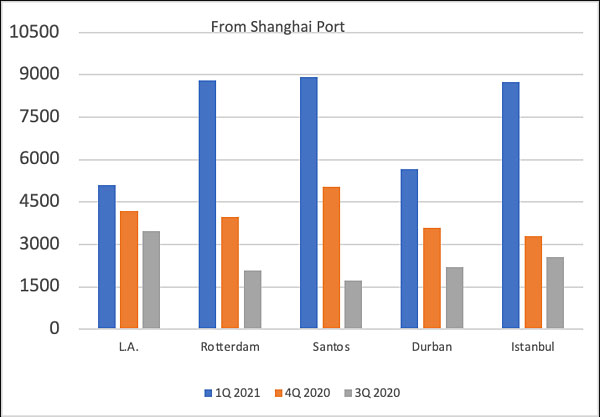 The impact of increasing freight rates has hit trading routes in developing regions the hardest. As seen in the figures below, rates to Russia, South America and Western Africa have been higher than to any other major trade region. Part of this is due to the fact that routes from China to countries in South America and Africa are often longer than others. 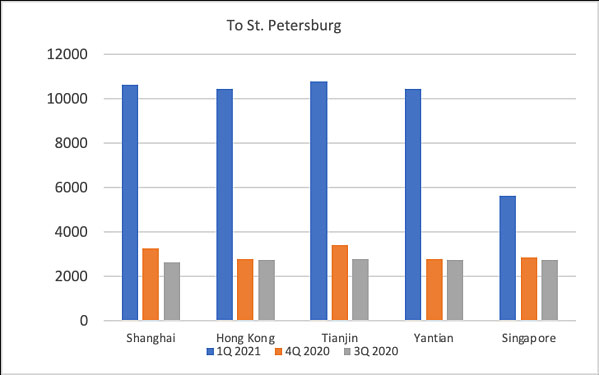 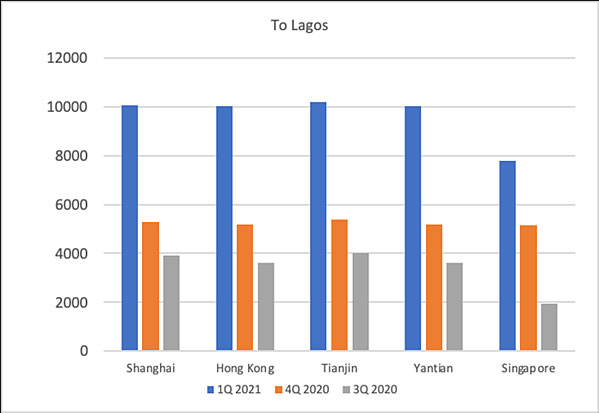 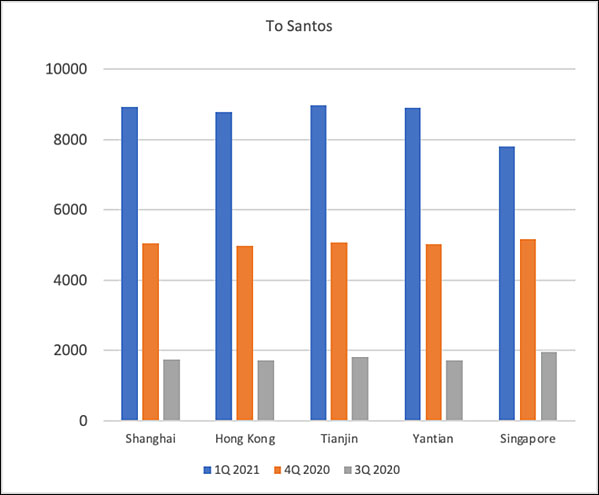 What Does This Mean for the P&P Industry?

Currently, while these freight rates are shockingly high, they are also unsustainable and are expected to decrease once disruptions from port congestion and other shortages are resolved. Fisher anticipates unchanged spot rates in 2Q2021 due to a strong economic recovery and expects them to only start gradually returning to normal beginning in 2H2021. These high rates are also unsustainable due to a rapidly growing containership orderbook, especially for larger vessels around 5,000 TEU (20-foot-equivalent unit) capacity and larger. 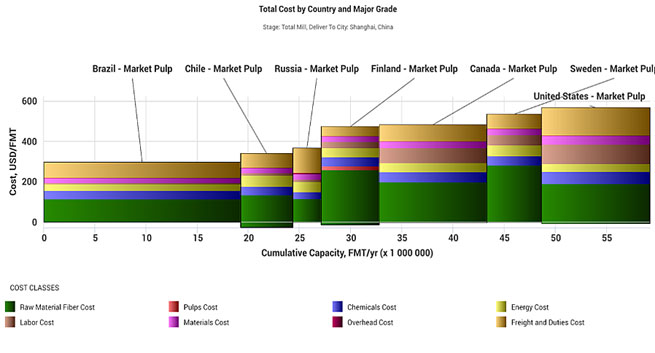 On the bright side, it’s expected that additional global shipping capacity will restore the market’s supply and demand balance. New ship orders have also been spurred by favorable conditions in the global shipping market, low prices for new larger vessels and the availability of financing.