Russia exported around 6 million tons of pulp and paper products in 2021, with close to 40% of the flow arriving in China’s market, as seen in Figure 1.

With a deep look at Russia’s export product structure, market pulp still dominates its export portfolio compared to other grades, as illustrated in Figure 2. A majority of this exported market pulp is shipped to the Asian Pacific market – primarily China, as seen in Figure 3. 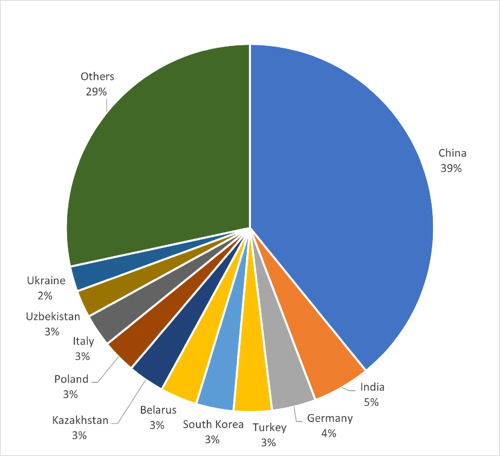 Since Russia’s invasion of Ukraine that began in late February, Europe (the second largest trading partner of Russia) has followed NATO and imposed significant sanctions on Russian products. As the sanctions have expanded, the trade of forest products between Russia and the western world has virtually ceased. 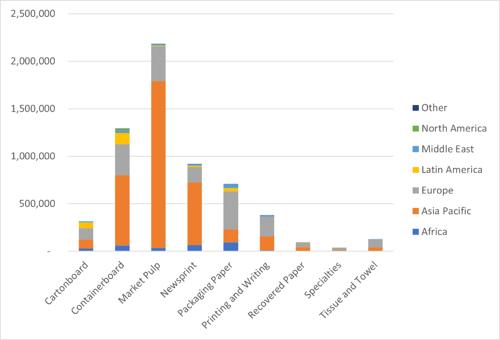 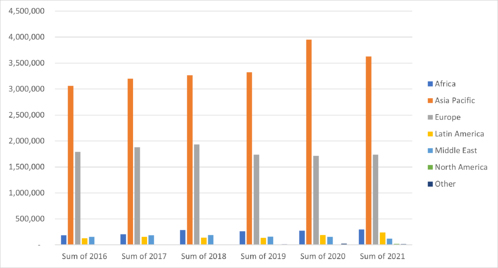 As the second largest economy in the world, China has been neutral on the Russia-Ukraine war thus far, creating a significant trading opportunity between the two countries. China is now able to take advantage of Russia’s natural resources at a global, competitive price and in return, Russia’s demand for raw materials for pulp and paper production, especially chemicals, could depend on China’s supply chain.

Figure 4 below illustrates Russia’s total cost classes for paper and market pulp in 4Q2021. When analyzing this data, it appears that Russia is self-sufficient regarding fiber and energy, although chemicals is the largest segment of supplies that has been impacted by the sanctions. Kemira, Finland’s largest paper chemical company, announced that it will discontinue all sales and deliveries of chemicals to Russia until further notice. Based upon our research, some Russian paper producers are running out of bleaching chemicals, and most NBSK pulp mills have already switched to UKP as alternatives. 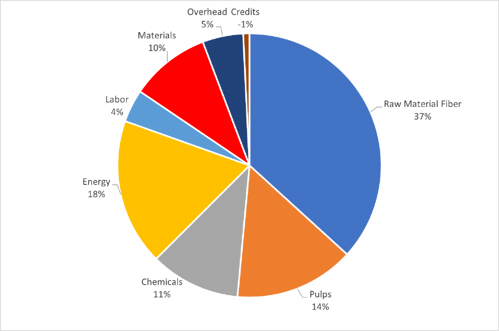 With western countries implementing numerous sanctions on Russia, two of the largest populated countries—China and India—still refuse to position themselves between Russia and the west, with clear strategies to take advantage of the situation in order to develop their own domestic economies. Both China’s and India’s economies have experienced a fiber and energy shortage – and the recent energy agreement between Russia and India has already improved India’s energy strategy countrywide.

As the second largest consumer market, China has a long history as a key part of the industry infrastructure since the Reform and Opening in 1978. China’s paper industry segment is highly self-sufficient in its pulp and paper cost sectors (besides virgin grades, which are primarily fibered by imported wood and pulp), thanks to domestic chemicals and spare parts suppliers, and western WFOEs or JVs in China. The technology barriers between Chinese domestic suppliers versus western suppliers has become quite minimal, which enables Chinese suppliers with overseas supply chains to potentially meet demand in the Russian paper industry.

However, the major obstacle of Chinese chemical and spare parts suppliers is not the technology challenge, but the soft skills to trade internationally, which is relevant to the cost of capital, international trading skills, support from financial institutions, and the main key: human resources. These are the major drivers that have slowed the globalization of Chinese suppliers.

Figure 5 illustrates the traditional Uppsala Model of Business Internationalization, and most Chinese suppliers are still in the Stage 1 “Sporadic Export” status or on the border of Stage 1 and 2 – with some levels of “Independent Representatives.” Compared to many Western large suppliers in the pulp and paper industry, such as Kemira, Albany, and Solenis to a name a few, many are running at Stage 4 of Foreign Production and Sales Subsidiary. 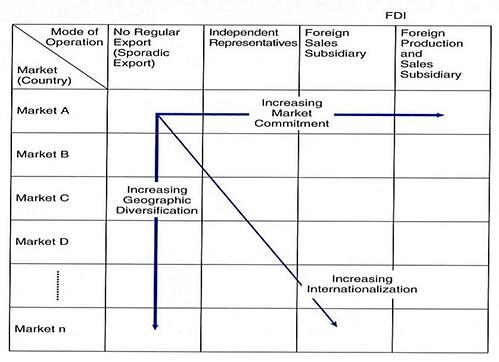 The above factors suggest that the short-term window of rebuilding and fulfilling Russia’s demand for major paper industry supplies might be a key opportunity for Chinese suppliers to advance to Stage 2 and even Stage 3. While the real “supply chain rebuild” may still have a long way to go, geopolitics and global political dynamics are major factors Chinese entrepreneurs need to consider during the globalization process.