Pyrocell AB will build the first plant in Sweden for processing sawdust into renewable bio-oil at Kastet's sawmill outside Gävle in Sweden.

Five years ago, an idea was born at the wood-based company Setra to convert sawdust into bio-oil. The purpose was to develop a sustainable process for the better use of sawdust and thereby create a climate-smart product for fuel stakeholders.

A few years later, the project to investigate the conditions for building a plant for the production of pyrolysis oil was begun. AFRY has had the privilege of being involved in the project from the start as the main engineering partner, including multiple engineering disciplines and support in project management resourcing. 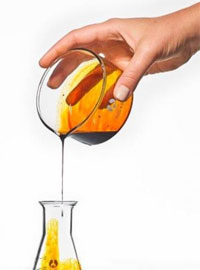 Image source: SetraThe construction project is run by Pyrocell AB, which is a company jointly owned by Setra and Preem. The idea is that Preem will process the bio-oil further at the Lysekil refinery, which also means they will be the end customer. AFRY has been assigned as the main engineering partner in the project, supporting Pyrocell with a wide range of competences, including process engineering, piping, mechanical, layout, civil, HVAC, electrical, instruments and automation engineering, but also services within HSE consulting and fire design. AFRY’s project management expert is also acting as Project Leader in Pyrocell’s project team.

"It seemed natural to have AFRY as the main engineering partner, given the company's competence profile in project management and implementation of similar industrial projects in an international context", says Pontus Friberg, Project Owner and Chairman of Pyrocell AB.

“It is very inspiring to be able to contribute to the development of renewable fuels. Of course, it’s a big challenge and a great confidence. It is a complex project with many challenges, but it helps to know that there is plenty of capacity and knowledge under the same AFRY roof”, says Gustaf Brodin, Project manager at AFRY, who is acting as Project Leader in Pyrocell’s project organisation.

The plant is expected to be completed in 2021, which means that Preem can then receive its first supply of bio-oil and process the raw material for biofuel production at its Lysekil refinery.

AFRY was also involved in the earlier phases of the project and in Pyrocell’s application for grants via the Swedish Environmental Protection Agency's project called “Klimatklivet”, where the project was awarded 117 MSEK, 2017.

AFRY is an international engineering, design and advisory company. We support our clients to progress in sustainability and digitalisation.

We are 17,000 devoted experts within the fields of infrastructure, industry and energy, operating across the world to create sustainable solutions for future generations.